Two major events, Emerald City Comic Con and PAX West, will fully occupy the Seattle Convention center (SCC) in the coming weeks.  These evens may impact how you navigate the area around SCC.

SCC will be closed to the general public from Thursday – Sunday, August 18 – 21 for ECCC, and Friday – Monday, September 2-5 for PAX West.

Only event attendees will be permitted entrance after passing through security checkpoints.

As with all major events at SCC, we anticipate higher than usual traffic and pedestrian congestion, along with limited parking in the area.

We encourage advance posting of this message to inform your staff and guests so they can plan efficient commute routes to and from their destination.

Stop by Freeway Park every Tuesday in August from 4:30 – 6:30pm for live music, beer from Optimism Brewing Co. and local food.

For more information or to see the full artist line up, visit their website at www.freewayparkassociation.org

Union Square is excited to announce the following upcoming musicians for the month of August in Two Union Square from 11:30am – 1:30pm.

Union Square tenants can use the discount code “Union22” to receive 20% off in-person single tickets to all Summer Festival Concerts.

If there’s one performance not to miss, it would be the July 8 “Four Seasons” concert, performed by 8 of the world’s leading violin soloists:

To purchase tickets or for the full concert schedule, please visit their website at SeattleChamberMusic.org

Union Square is excited to announce the following upcoming musicians for the month of July in Two Union Square from 11:30am – 1:30pm.

Come experience the magic and excitement of Seattle Chamber Music Society concerts put on wheels this summer. SCMS musicians will join Concert Truck artists to play a series of concerts throughout the region, free and open to the public in neighborhoods, parks, and markets near you! Bring a chair, pack a picnic, and enjoy this series of concerts June 23-July 2.

Union Square is excited to announce the following upcoming musicians for the month of June in Two Union Square from 11:30am – 1:30pm.

We are excited to share that our car wash vendor, Mr. Detail, will now be available for appointments every Tuesday starting May 31st.

As occupancy in the building continues to increase, we hope to expand this service very soon. Stay tuned! 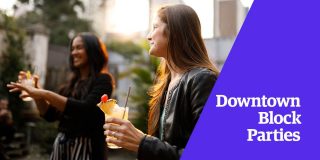 DSA is proud to bring you five downtown block parties on May 18, 19 and 20 from 4-6 p.m.  Bring coworkers, friends and family and enjoy live local music, nearby beer gardens and appearances by local sports personalities and team marching bands. Come for the party and stay in the neighborhood for a night on the town.  Block party dates, locations and scheduled entertainment are noted below.

For all the details, check out LoveSeaTown.com

Union Square is excited to announce the following upcoming musicians for the month of May in Two Union Square from 11:30am – 1:30pm.